The Abolition of Man
by C.S. Lewis
4 out of 5 stars

Lewis shows the implications of the philosophical ideas that emotions are crude and invalid, and only “reason” should dictate our actions. Reason without emotion is unreality, and even if it were true it would only lead to the abolition of mankind. Lewis attacks the issue from several angles, debunking popular arguments that the purest form of reason is our instincts, or that benevolent actions can be found through pursuing “science” as the best moral compass for mankind to follow.

Lewis proves that moral absolutes do exist and that they are universal through all generations and cultures throughout all of time. These moral absolutes appeal to both our reason and our emotions, and you cannot cut them out of a person’s life without destroying that person. There are basic truths that are self-evident and omnipresent in all mankind.

END_OF_DOCUMENT_TOKEN_TO_BE_REPLACED

Robot Jesus and Three Other Jesuses You Never Knew
by Kyle R. Beshears
3 out of 5 stars
This book examines the person of Jesus and what various cults and religions around the world believe about Him. Some believe that Jesus is just another angel or a human prophet. The author presents the true Jesus, and debunks the false beliefs that Jesus is not truly God.
The chapters are designed to equip the reader with knowledge about what different cults believe and how to talk with people and answer their questions about the true nature of the Trinity and the person of Jesus Christ.

DNF at 41%
I think the premise of this book is really good. The execution just wasn’t quite what I was looking for. As far as I could tell, the theology in this book is sound and correct and rooted in canonical Bible Scripture.

END_OF_DOCUMENT_TOKEN_TO_BE_REPLACED

War of the Realms: Conquests & Consequences
by Lee Watts, Th. D.
3.5 out of 5 stars
SYNOPSIS:
Alexander is the heir to the throne of Theera-Enty. After a failed assassination attempt, he is stranded on a remote jungle planet while the kingdom is thrown into chaos. But it isn’t only human-kind who are working against him. The legendary Guardians must protect Alexander by battling against demonic beings who whisper evil into the minds of men. A pirate captain is caught in the middle of the war, a group of castaways look for rescue, an old priest preaches for repentance, and the governments of different planets vie for power.

This book has an epic scope as the people of Theera-Enty begin a fight against oppression, and Alexander struggles to understand a prophecy regarding the throne. A mysterious key might lead to a treasure beyond imagining but no one can unravel its secrets.

PLOT/ACTION:
This plot is full of so much action and twists and betrayals and big reveals! It really kept my interest through every chapter. There is a big space battle at the end of the book that amazed me from start to finish. Usually I am bored by fight scenes, but this was presented like a puzzle to be solved. How are they going to survive? What tricks and tactics can they use to overpower the enemy? It was fascinating, and full of emotional moments as characters had to face their worst fears and find the courage to keep going.

THEMES:
There are deep themes about faith, spiritual warfare, friendship, courage, the nature of truth, and the proper roles of government and education. These powerful messages are so smoothly woven into the story that it never feels too preachy. It makes the story really meaningful. I especially appreciated the spiritual themes and the clear messages about God’s love and forgiveness through Christ.

END_OF_DOCUMENT_TOKEN_TO_BE_REPLACED

A Love for the Strangers: What the Bible Says About Loving Immigrants
by Rachael Kathleen Hartman (Author)
4 out of 5 stars
The Bible talks about “strangers” and “aliens” hundreds of times, calling Christians “strangers” in the world because our true home is in Heaven. The Israelites were commanded to welcome “strangers” into their community. God tells us more than once to love our neighbor (no matter where they come from) and to be compassionate toward those in need.

END_OF_DOCUMENT_TOKEN_TO_BE_REPLACED

Too Good to be False: How Jesus’ Incomparable Character Reveals His Reality
by Tom Gilson
5 out of 5 stars

If you examine Christ’s life, his personality, his teaching, his leadership style, one thing becomes abundantly clear, Jesus is too good to be false. There has never been a human being who lived the way He did, and it would be impossible to make up a story of a man like Him. There’s no way that Jesus could be anyone other than who He claimed to be: God Incarnate.

I love the way this book follows logical steps of reasoning and evidence from the Bible and from history to build an irrefutable argument for the reality of Jesus. The writing is forceful and vivid, but it leads the reader gently down a path of truth to the convincing conclusion that Jesus is the only perfect human to have ever lived and died and risen again. Each step of the way is coherent and meaningful.

END_OF_DOCUMENT_TOKEN_TO_BE_REPLACED

60 Days of Faith for Women: A Devotional to Deepen Gratitude, Praise, and Prayer
by Cameron Trimble
1 out of 5 stars
I’m very disappointed in this book. It’s extremely self-centered and full of the worst kind of heresy. Every devotional and journal prompt is completely focused on the self, instead of being focused on God. This book asks, “What do I think?” instead of “What God does say?”

There are Bible verses taken out of context, and lesson applications that don’t even match the topic of the Bible verse. The author doesn’t seem knowledgeable about theology or Scripture interpretation. (I graduated from a Bible college, so I know stupid when I see it.) END_OF_DOCUMENT_TOKEN_TO_BE_REPLACED

Prayer: Experiencing Awe and Intimacy with God
by Timothy J. Keller
5 out of 5 stars

This book on prayer gives clear examples from history, hundreds of Scripture references, and inspiring ideas about prayer and how God draws close to us.
The topics include why we need to pray, how great and marvelous prayer truly is, what prayer is and is not, and how to truly encounter God and approach His throne. There are also chapters about traditional ideas of prayer, rules for how to pray, how to prepare our heart for prayer, the elements of confession and adoration that go into a prayer, and an analysis of The Lord’s Prayer.

I especially loved the chapters about meditation, with advice on how to meditate on God’s Word and incorporate quiet meditation into your prayers along with petitions, thanksgiving, and confession. END_OF_DOCUMENT_TOKEN_TO_BE_REPLACED 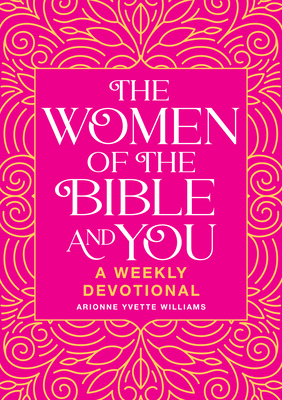 The Women of the Bible and You: A Weekly Devotional
by Arionne Yvette Williams
1 out of 5 stars
I hated this book! It is unBiblical and humanistic.
This book has 52 weekly devotional studies about women in the Bible. It is designed to be used in a group study, or to be read alone. There are questions to prompt group discussion or to reflect on by yourself.

The author shares some personal stories that would have been better left out of the book altogether. I can see that the author is trying to be relatable, but it made me lose confidence in the author.
Some of the lessons are contrived and not at all what I think the focus of the Bible verses should be. END_OF_DOCUMENT_TOKEN_TO_BE_REPLACED 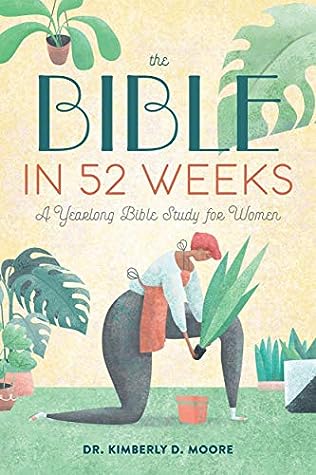 The Bible in 52 Weeks: A Yearlong Bible Study for Women
by Kimberly D. Moore
5 out of 5 stars
This Bible reading plan guides you through an entire year of reading the Bible! There is a list of Bible chapters to read for 6 days, and you can use the 7th day in the week to catch up if you fell behind. Each week has an encouraging few paragraphs to point out Biblical truths and lessons to look for.

Then there are “Points to Ponder” with some questions you can answer in a journal style, writing in your thoughts about the reading for that week.
Each week ends with “Actions for the Week” that gives you prompts on how you can apply the lessons you read to make your life more joyful, peaceful, and positive.
Some weeks have a “This Is My Prayer” section, with a prayer written out that you can pray for yourself.

I love how this book talks about going after your dreams in faith, relying on God for every need, trusting His purpose for your life, and releasing stress and bitterness to embrace peace and joy. The writing prompts and action for the week are really thoughtful and help the reader to be more mindful with their reading. It’s really inspiring, and makes me want to pick up the Bible and read and pray! END_OF_DOCUMENT_TOKEN_TO_BE_REPLACED

I have such mixed feelings about this book. It's a collection of short stories, and every single one is depressing! These are the saddest, most awful stories I have ever read. The real problem is that the writing is so brilliant that it really makes you care about the characters! So when everything goes wrong, it is absolutely heartbreaking.
Bambi is born in a peaceful thicket, and he explores the meadow with his mother. He makes friends with the woodland creatures, and meets two other fawns, Feline and Gobo.
This is such a great collection of Agatha Christie's plays! Some I liked more than others, but they were all interesting and mysterious.
The Gunn family love their beautiful country home, but when a nasty factory is built across the road, they decide to attach a balloon to their house and float around the world looking for a new peaceful place to live.